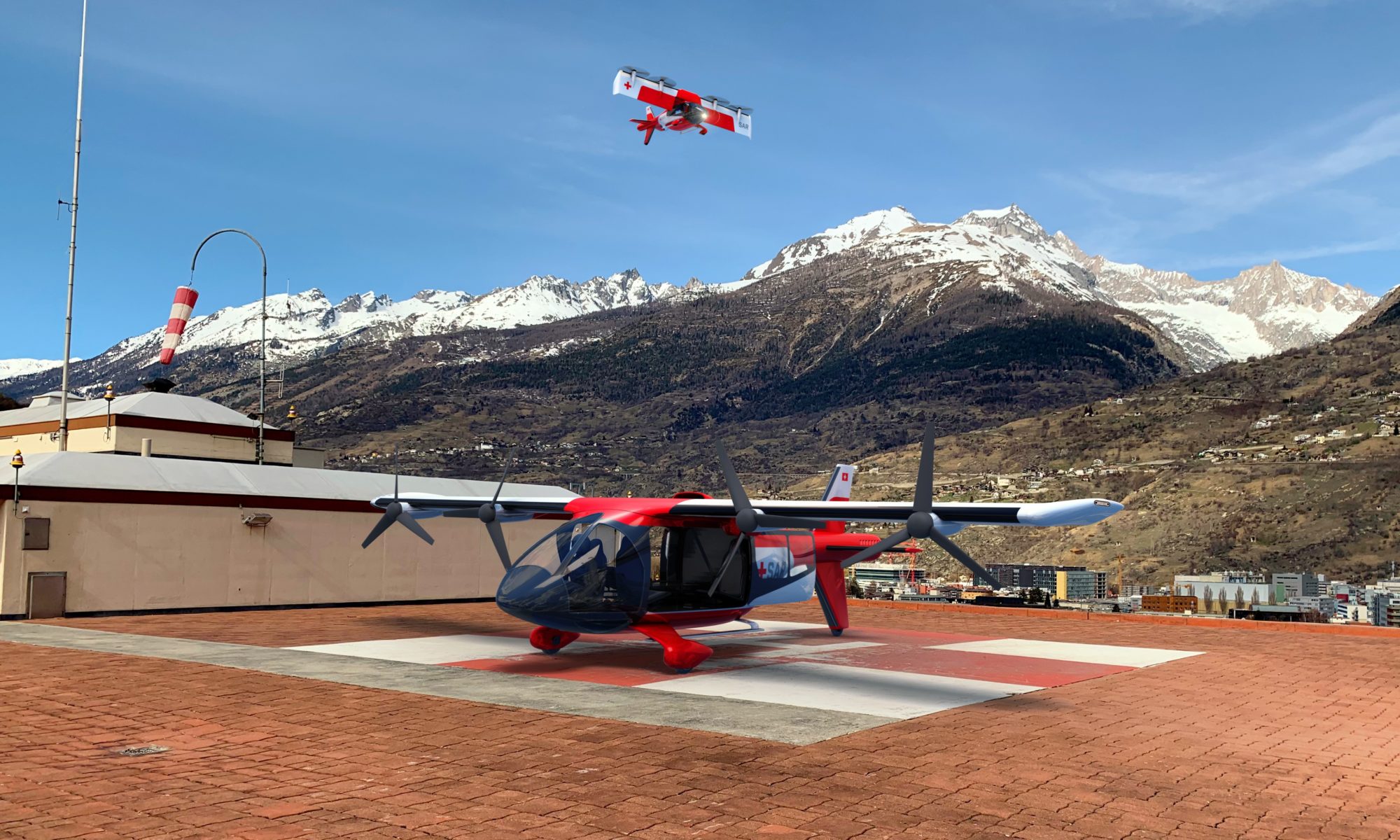 Vertical mobility exists since centuries but has been concrete from the beginning of the 20th century. To find the very first sketch using vertical take-off and landing, you have to go back to Da Vinci time (1452-1519). Da Vinci’s sketch was a first glimpse of what could be an aircraft in the future.

A long time has passed since that time and many people tried to conquer the sky without success. As said above, it was only in the beginning of the 20th century that a similar vehicle rose for the first time into the air, and it was a helicopter as we know today.

Since a few years, more and more startups and incumbents are trying to revolutionise the mobility field by offering a new service that combines commuting and trips from a city to another. This service is using a technology called eVTOL for electric vertical take-off landing and it is one of the most thrilling and promising breakthroughs in the century. However, what is an eVTOL and why is it so special? Here is our answer!

First of all, eVTOL technology relies on electricity which is a non-negligible progress in the mobility field. Electricity is already used for cars, public transportations, however lot of progress still has to be achieved. The main issues are the power and the lifetime of the batteries which are currently not efficient enough.

Secondly, this kind of vehicle can transport 2 to 4 passengers and fly at a speed range of 150 to 300 km/h. Hence, the capacity can thus be compared to an existing taxi, and this is also a reason why this kind of vehicles are called “Air Taxi”. Moreover, with that range of speed, this innovation can cover more distance over a shorter time compared to any other public transportation.

Thirdly, you have different mechanisms used for vertical mobility and each have their own particularities.

This kind of concept is called “Multirotor”, because it uses more than two rotors with fixed blades. As the latter are fixed, the mechanics are very simple compared to a helicopter which only uses one or two rotors that rotates to stabilise and control the flight. Multirotor is the easiest one to build as well as the basis to define the future eVTOL’s standard in a step-by-step process. As the concept is already proven, it has a low risk profile and it is really easy to get a certification.
Example: Volocopter

Lift and cruise is a hybrid model taking advantages of a fixed-wing and rotor aircraft. Due to the complexity of a hybrid model, it is harder than the first one to get a certification.

This concept uses rotors that lift the aircraft as well as a rotor at the back that enables it to go forward, cruise in the air.
Example: Wisk Aero

This aircraft’s model is the hardest one to get a certification due to the complexity of the underlying technology. Indeed, the mechanism combines the lift and cruise properties into one which make the achievement more complicated.

eVTOL technology can really change the way we commute or travel, be complementary to our current offerings and it will surely happen in the near future!