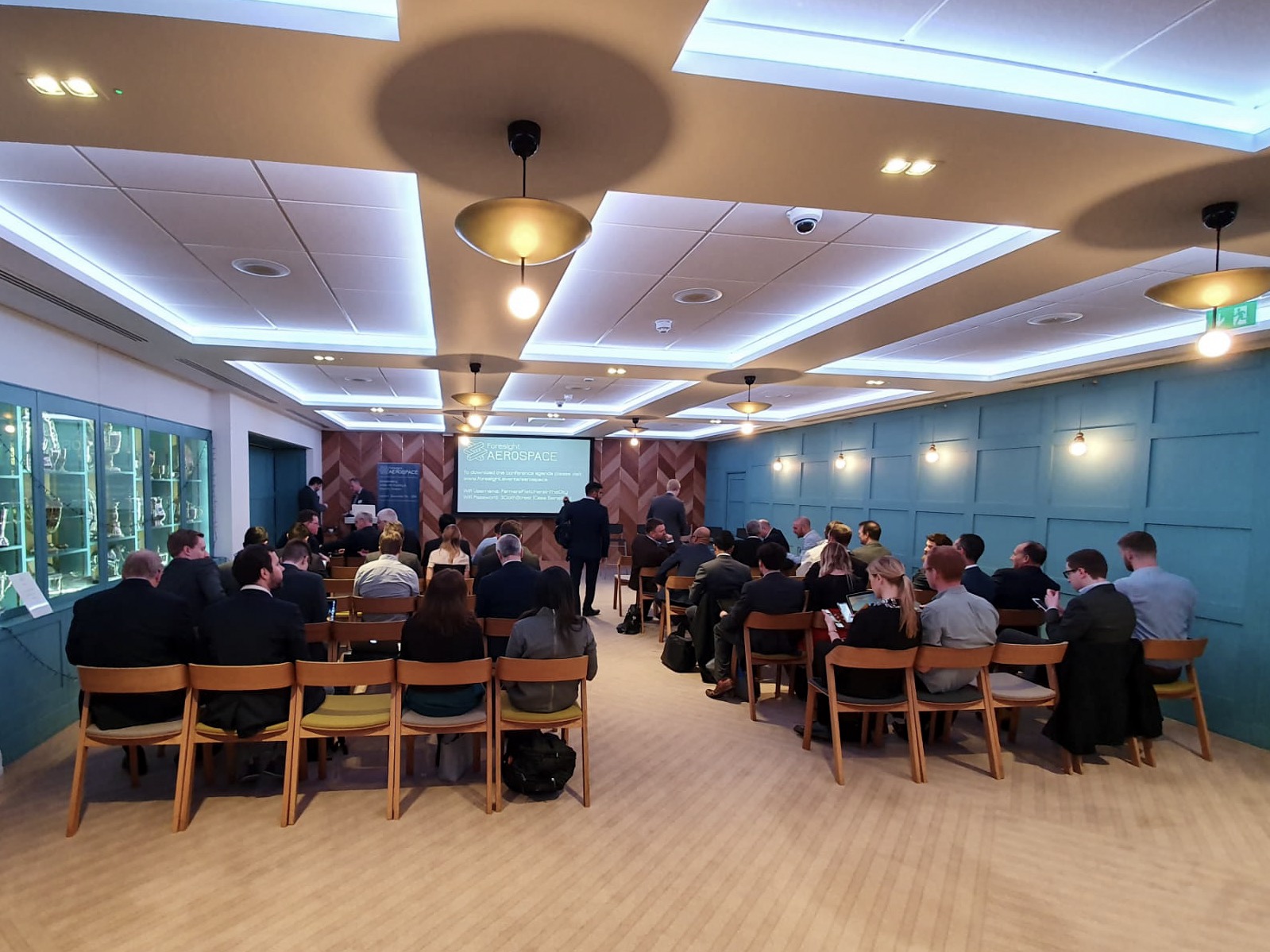 On December 5th, board members of UAMAS had the chance to attend the Foresight Aerospace 2019 event which took place in London and reunited diverse stakeholders involved in the urban air mobility field such as engineers, regulators, entrepreneurs, consultants and more.

During this conference, we have witnessed the passion, the determination and trust people have in this technology. Many interesting topics have been brought up and raised important questions on what kind infrastructure will welcome eVTOL technology, what kind of energy could be used, the importance of air traffic management and the big role of regulations in the evolution’s process. Moreover, it is important to notice that more and more involvement of regulators such as Civil Aviation Authority (CAA) in UK show that they are aware and ready to work with all the actors in this field in order to contribute in bringing new sustainable solutions, support as well as share their network of professionals.

It is said that electric aviation could release pressure in UK as most of the airports are congested. For eVTOL, landing infrastructure called “vertiports” will appear in a near future to operate domestic connections. There are 970 potential locations in the UK and each one will be important to build a network. This infrastructure will involve a strong and efficient network composed of main vertiports based in city centers and smaller ones around cities. To know more about vertiports, we recommend this very interesting article (pages 31 to 33) from Darrell Swanson on the challenges and opportunities.

Current companies are mostly working on electric batteries, but another technology is said to be better and more efficient and it is the hydrogen. Often announced as the energy of the future, the hydrogen is a promising renewable energy which is totally clean as it only issues water. Moreover, this energy could help to store energies coming from solar panels, hydraulics and wind turbine. However, the process to transform electricity into hydrogen involves a loss of energy of 25%, and when you operate the process inversely, a loss of 50% can be registered. The storage is a big challenge for companies due to its low energy density and the high demand in energy. Currently, there are two alternatives which are to have hydrogen in liquefied state which is very demanding in energy or in a gaseous state. Many improvements have been done these past few years and more will have to be done in the coming ones, but hydrogen will surely play a big role in the future.

Many start-ups have called for investment in fuel cells as well. According to them, it could revolutionise the way vehicles are powered and it could answer some of the challenges we are currently facing. For instance, a fuel cell is said to be 99% renewable which is not the case of a battery. However, other companies such as Airbus are using batteries in order to understand the underlying technology, improve and scale it. They are doing a lot of tests on a small electric aircraft called E-Fan X and they already have achieved a lot and are looking for improvements as their first flight is expected in 2021. Airbus is a great example of the approach to take and many speakers have pointed out the importance to start small, scale fast and improve.

Air traffic management (ATM) will be a key point in the development of this technology and how it can operate in the sky without disturbing airliners, the wildlife as well as the population. It is an even greater challenge as the airspace is already well used and regulated. Therefore, companies such as AirMap are working with regulators, developers, pilots and more in order to develop the best airways to operate for drones and in the future for eVTOL. As a lot of stakeholders are involved in this topic, it will be hard to comply with everyone, but the network and the collaborative circle AirMap is building are the answer to move forward.

As explained above, it will be hard to regulate this environment, and therefore this innovation also needs the help of communities to be comprehensive, educated to move forward. Indeed, the public acceptance will be another important key point in the progress of this technology. According to GATCO, it is necessary to involve the pilots and air traffic controllers in this process alongside AI to have an efficient air control. Currently, the technology used in ATM is machine learning and there is room for more to enhance the performance.

Finally, the most important word that was brought up during the event was “collaboration”. It is without a doubt one of the biggest factors to involve in the process of creation as well as working steps by steps.

Many industries will have to collaborate, and it would be more valuable if countries collaborate as well as they are all facing congestion, pollution as well as demographic issues and low efficiency in transportations. The collaboration of everyone would help to get to this future faster than we think, and it would ensure the spread of this technology to all the world.


Widget not in any sidebars