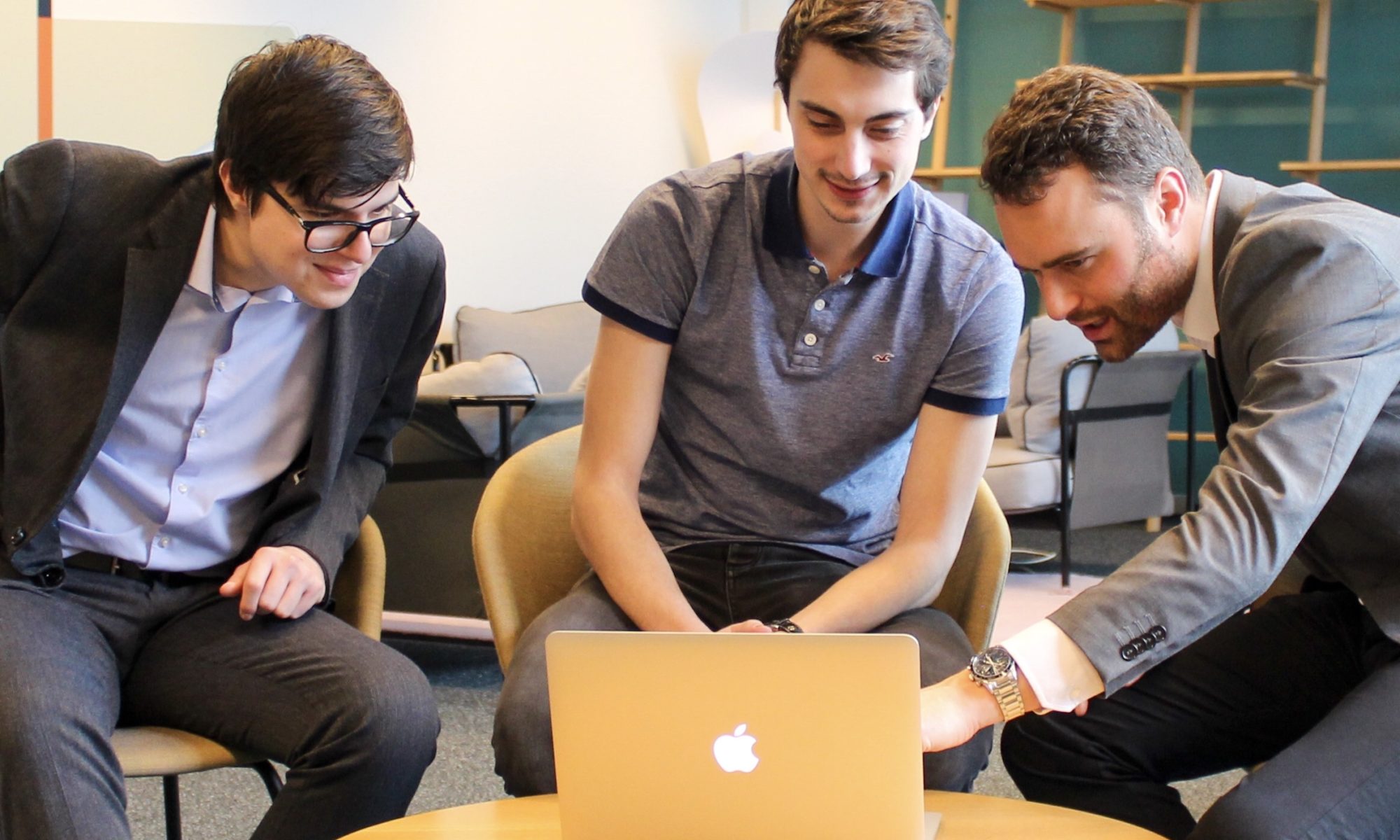 In an recent interview of the renowned aviation magazine «Cockpit», co-founder Stefan Gygli provides answers to questions about the mobility of the future, explains why UAMAS is convinced of the concept of air taxis and what contribution UAMAS intends to make to this development in Switzerland.

Patricia Andrighetto, «Cockpit»: Mr. Gygli, you recently founded the Urban Air Mobility Association Switzerland (UAMAS) together with two other HES-SO Master students. What is the background of UAMAS?
Stefan Gygli: As part of our master’s degree in business administration at the HES-SO in western Switzerland, we apply the theory we have learned in the multi-year module “Venture in Action” in Fribourg in a very concrete way: we develop a business idea and test it on the market. We are closely supervised by the lecturers and meet regularly at board meetings.

What considerations led to the decision to found an association of this kind?
At the very beginning, we were looking for a project that has a lasting positive impact. That for, we studied the UN sustainable development goals. As an aviation enthusiast I have been following projects of electric vertical take-off and landing aircrafts (eVTOL) for years and suddenly we found that they even help several of these goals. But in public, hardly anyone knows about Urban Air Mobility (UAM), and if they do, only very superficially and as “dreams of the future”. In addition, initial discussions have shown that the various stakeholders are still hardly talking together. There we saw potential. And finally, we like the idea of focusing on very efficient, direct and sustainable mobility in the air. After all, every flight in Switzerland would be a bit of sightseeing too!

What exactly do you want to achieve with UAMAS?
On one hand, we would like to be a neutral competence centre to the general public and also make Urban Air Mobility better known. On the other hand, we want to bring stakeholders together regularly to work jointly on challenges. We saw that this is taking place already, but in too much isolation.

Where do you stand today, or which plans have taken shape and which activities have already been implemented?
We surprisingly needed much time to build up our knowledge to be able to talk to the exponents of the industry on a more or less equal footing. At the beginning, recruiting members was also more time consuming than expected. People often asked who the other members were, and unfortunately we couldn’t come up with big names yet.

Looking back, however, a lot has already happened. We have built up our network, made research on the needs of our members and could already connect the first exponents. As an example: We were able to give an institutional venture capitalist an overview of the UAM start-ups in Switzerland and their upcoming financing rounds, which ultimately also serves the projects themselves.

We were even invited to London for an exciting conference. But certainly our personal highlight: NASA accepted us into their Advanced Air Mobility (AAM) Working Group. Unfortunately we couldn’t participate in the kick-off in Washington in mid-March due to the corona virus, but we are very much looking forward to the international exchange and the view “across the pond”.

And finally, the public discussion has now been ignited, also thanks to the press, like you, who kindly supports this.

UAMAS is convinced of the future of air taxis? Why?
In Switzerland we have an excellent infrastructure for private and public transport in international comparison. However, Switzerland’s topography with its many lakes and mountains severely limits efficiency. Thanks to technological progress, be it in battery technology or in the field of artificial intelligence, fully electric, autonomous air taxis will soon become reality. With significant time savings compared to alternative forms of mobility, we also see commercial success. This is a basic criterion for the breakthrough. For Switzerland, reasonable and also lucrative routes will be from city to city rather than inner-city.

Urban Air Mobility is seen, among other things, as a supplement to transport on the crowded traffic routes of the metropolises. Does this shift the problem into the air, or can it be a viable mobility solution for the future?
Possible traffic problems in metropolitan areas will probably not be solved by this – due to the lack of capacity. But it is a welcome addition when things have to move quickly. Important to mention is, that in the future, air taxis will not only be affordable for high earners, but for everyone, but of course not every day. Primary school children will probably not go to school with them.

What could be transported with the new air taxis or what purpose could they serve – apart from passenger transport?
We see an early and important field of application in the rescue of injured people and patients.

What infrastructural requirements must be met to make Urban Air Mobility realistic?
On the ground, we need landing sites, so called vertiports, seamlessly connected to other means of transport and also with sufficient power available; typically close to transformer stations. In the air, the main task is to manage the various and increasing players in the airspace.

Finally, legislation must also be adapted so that an air taxi can ever take off. How close – or how far – are you from that today?
Not really surprisingly, this still requires a great deal of commitment and, unfortunately, patience. What makes us optimistic is that the Federal Office of Civil Aviation (FOCA) is very open and has proactively launched exchanges and initiatives early on. For example, they are very active in the development of Swiss U-Space or support the development thanks to Specific Operations Risk Assessments (SORA). Just a few weeks ago, we felt this openness again at a meeting of the Drone Industry Association Switzerland (DIAS) at the FOCA in Ittigen.

What other challenges need to be overcome before Urban Air Mobility can be integrated into our everyday lives?
There are many! Starting with the continuing limitations of energy efficiency, through costs and the associated profitability, to acceptance by the population. And last but not least: safety. Sebastian Thrun, CEO of an air taxi manufacturer, put it aptly: “If we screw it up it would put it off for decades”

Regarding Smart Mobility Services: How can Urban Air Mobility interact with other modes of transport?
We see many opportunities, especially in public transport. Air taxis could make the famous “last mile” possible or replace low-traffic routes. Early in the morning, for example, an air taxi will be available at Sion station instead of a Bus to take the first hikers to Lac de Tseuzier. Today’s railway stations are increasingly being developed into mobility hubs, where many forms of mobility converge. SBB has been developing its “Neue Mobilitätsdienstleistungen (NMD)” division for over a year now. We are very curious to see what innovations are coming.

When and where will we see the first autonomous air taxis transporting people in cities?
Probably where air taxi services with helicopters are already established today, i.e. in major cities, or a little closer and more concretely: as a shuttle between Nice Airport and Monaco.

When will we see the first air taxis in Switzerland?
That’s a very difficult prediction, as the timing depends on an extremely large number of contingencies. But we have a big bet open: we are convinced that we will see autonomous air taxis before fully autonomous cars!

Thank you very much for the informative conversation, Stefan Gygli.

This interview was originally published in German in the aviation magazine «Cockpit» on 13 March 2020. Find the original article here.